It’s been exactly on year since I was lucky enough to attend probably one of the coolest music festivals out there – Amplifest, which takes places in the beautiful city of Porto. I got to enjoy so many live performances in just 2 days and one of the highlights of the festival for me was definitely seeing Anna von Hausswolff’s concert. I was blown away by her last year and when she announced that she’d be playing a full pipe organ show at Supersonic festival in Birmingham this year, I just had to go. I got the tickets months before the event and I can’t tell you how excited I was about it.

For the event, we got to Birmingham by train and I have to say, I was super lucky with the tickets. I paid 4 pounds for a one-way ticket from London to Birmingham for a train ride that normally doesn’t cost less than 30 pounds (transport in England can be painfully expensive). Virgin trains were celebrating their anniversary and had a couple of days of sales and I snatched 2 tickets for 8 pounds (yey for that).

The concert happened on the 16th of June and we left London that very same day at around 14:00 and got to Birmingham just an hour and half later and so we had some time to walk around the city before the actual concert started.
It was my first time in Birmingham and I have to admit, I didn’t fall in love with this city. Maybe the timing was bad as the city centre was a big construction site.
One of the things that did stood out for me in Birmingham was its futuristic architecture, from the central train station to the public library and a huge shopping centre that looked like it had been taken straight out of a Sci-Fi movie. And right next to these futuristic buildings you’d find very old buildings so the contrast was quite big. It was interesting to see but I can’t say I was a blown away by that architecture. But I was blown away by Anna’s performance that night! 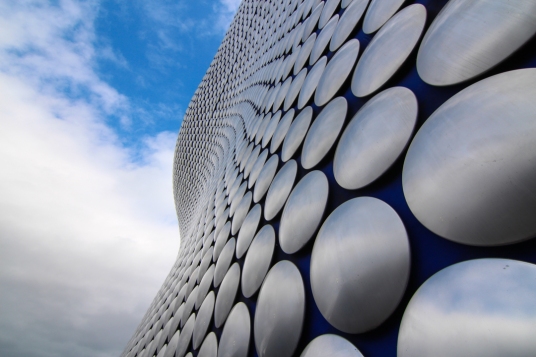 St. Martin in the Bullring Church 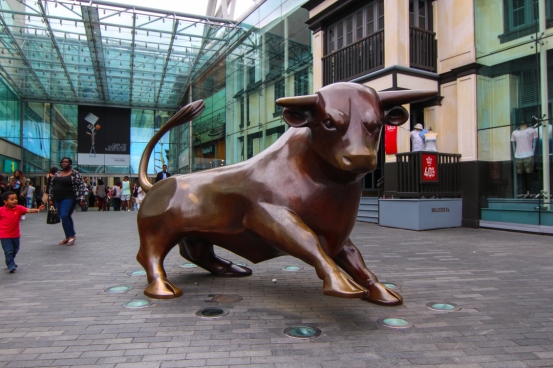 The concert took place at the Town Hall in Birmingham, located right in Victoria Square, and Anna played an absolutely stunning pipe organ dated from 1834. I think I cried at least 3 times during this concert, that’s how much it moved me. Incredible sound and performance once again by Anna and a unique opportunity to see her play in such an amazing place. The only downside was that she couldn’t play all the songs she had planned for that evening as time was running out and the organisers wanted to stick to the schedule so she was a bit rushed. Nonetheless it was incredible and I was still shaking on my way out of the Town Hall.

The next day, we decided to leave Birmingham and visit Shakespeare’s town – Stratford-upon-Avon (and I have to thank Codrut for taking care of us and giving us a ride there!). This little town is located 60 Km from Birmingham and it’s the place where William Shakespeare was born, grew up and where he is buried. There are 5 locations linked to Shakespeare’s life that can be visited in Stratford-upon-Avon and its surroundings and we decided to buy a ticket that included the entrance to all 5 places. As a cool fact, that ticket is valid for a whole year, so if you’d like to go back you can reuse it.

The first place we visited was also my favourite one and that was Anne Hathaway’s Cottage.
Anne Hathaway was the wife of William Shakespeare (so the cottage is not named after Anne Hathaway the actress 🙂 ). They were married in 1582 when she was 26 and he was only 18 years old.
The stunning cottage that we got to see is the place where Anne was born and grew up and where William Shakespeare courted his bride-to-be.
Originally a farmhouse, Anne Hathaway’s cottage was built in 1463 and it initially comprised of only 3 rooms. Later, Anne’s brother, Bartholomew, made various improvements to the cottage and also extended it, but the kitchen and the parlour of the original construction still exist today. 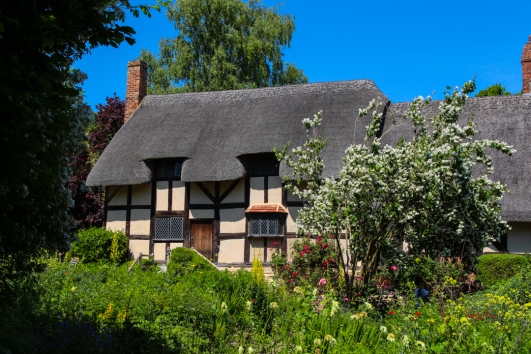 View from the cottage 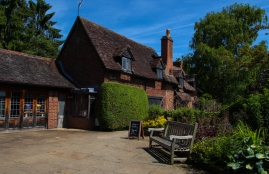 Entrance to the premises

Apart from the lovely cottage, we got to walk around the beautiful garden they have there and enjoyed the sun. Looking now at the pictures from that day, I can’t stop thinking how lucky we were with the weather. 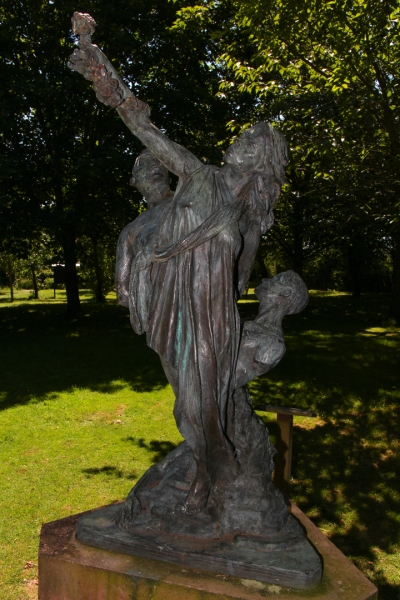 I couldn’t get enough of that place but we had to get going as we still had 4 more houses on the list.
Anne’s cottage is located in Shottery, formerly a separate village but now part of Stratdord-upon-Avon, which is located around 1.5 Km West of the center and we decided to just walk towards the city as it wasn’t very far.

On the way to Shakespeare’s town

The main attraction in Stratford-upon-Avon is Shakespeare’s birthplace, the largest house situated on Henley Street.
Shakespeare was born in this house and grew up here with his parents, John and Mary, and his siblings. He also spent his first 5 years of his marriage here, living with his wife Anne Hathaway.

William Shakespeare in the Globe by Philip Sutton 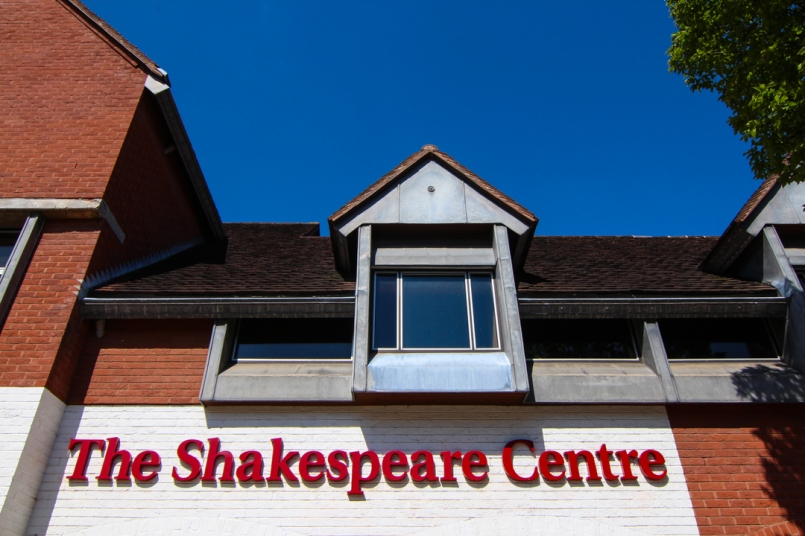 His father, John Shakespeare, lived and worked in this house for 50 years. He was a glover and leather worker and also a dealer in hides and wool. In 1568 John Shakespeare father became Mayor of Stratford, which gave William the privilege to attend the local grammar school and begin his education (lucky us!). 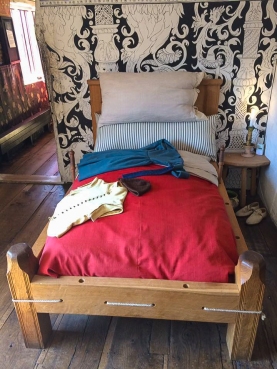 After John Shakespeare died in 1601, William inherited the house and he decided to lease part of the property which was later turned into an inn called the Swan and Maidenhead.

Ceiling inside the house 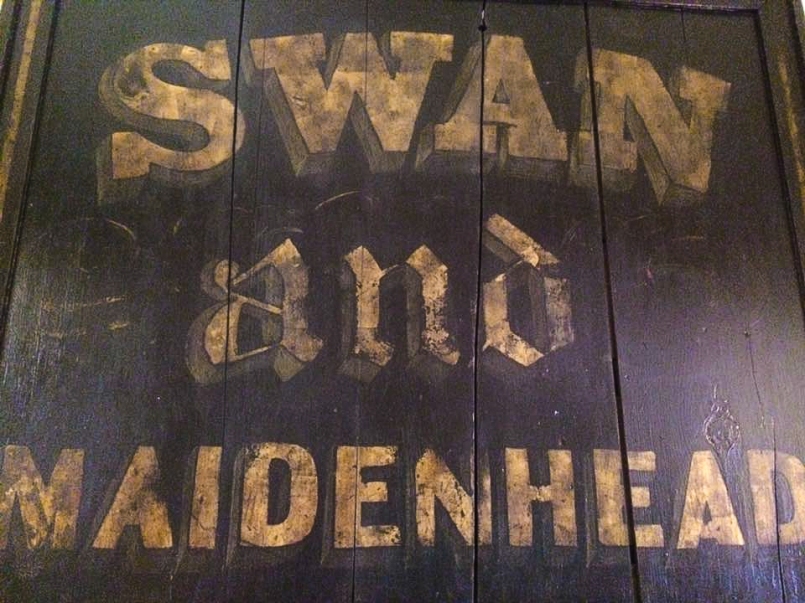 Shakespeare’s birthplace has been referred to as “a Mecca for all lovers of literature” and you’ll find on display in the house an old window inscribed with names of visitors over the centuries including famous people like Sir Walter Scott.

Next up we walked towards house number 3: Shakespeare’s New Place and on our way there we enjoyed the beautiful Tudor architecture that can be found all over Stratford-upon-Avon. 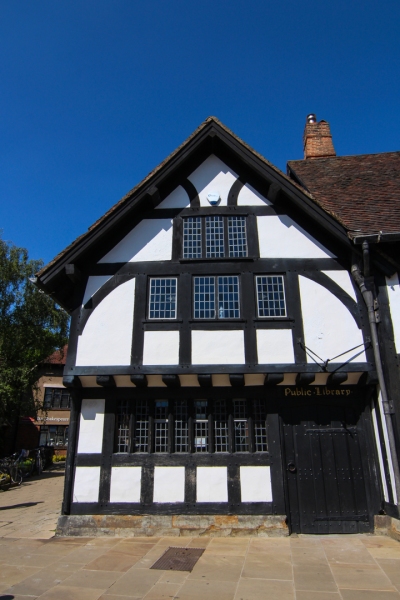 Shakespeare’s New Place was his family home from 1597 until he died in the house in 1616. The actual house was unfortunately demolished in 1759 by one of its subsequent owners, Reverend Francis Gastrell. Vindictive little fellow, Francis Gastrell apparently got sick and tired of people wanting to visit the home of Shakespeare, and he cut a tree that was said to have been planted by Shakespeare himself. Enraged, the townsfolk destroyed his windows. Gastrell demolished the house after he tried to get permission to extend the garden and he was denied and also got his taxes raised. To get his revenge he demolished the house completely. Crazy guy.
Nowadays, on the site of the former house, we can find a beautiful garden that commemorates the importance of this place.
From my point of view, they’ve made good use of the place where Shakespeare’s home was destroyed and it’s well worth visiting as well. Also, you won’t find that many people around, and it’s quite relaxing to walk around that stunning garden. There are also quite a few sculptures inspired by Shakespeare’s work that can be admired there. We got to see some interesting sculptures at Anna Hathaway’s cottage as well. 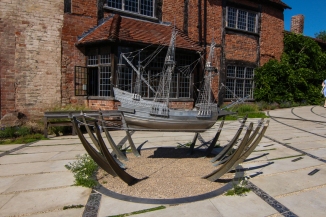 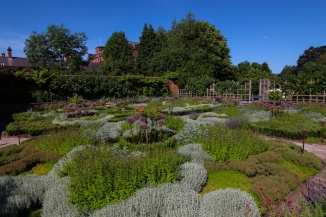 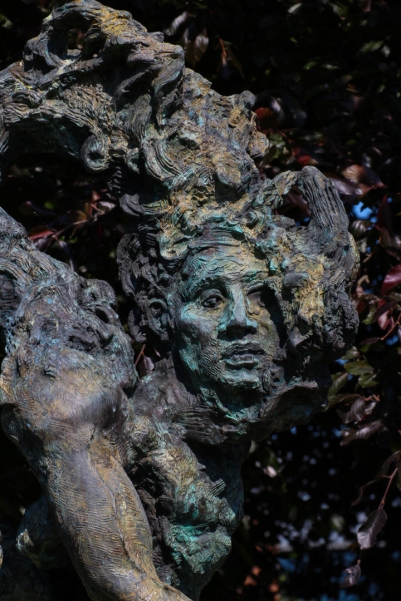 House number 4 or Hall’s Croft, was the home of Shakespeare’s daughter, Susanna, and her husband, Dr. John Hall. This Jacobean house is located on Old Town street and it contains a collection of 16th and 17th-century paintings and furniture and it also has on display a small exhibition of the obscure medical practices of the period. The property also includes a beautiful walled garden where apparently they still grow the plants that Dr. John Hall used in his medicine back in the day. 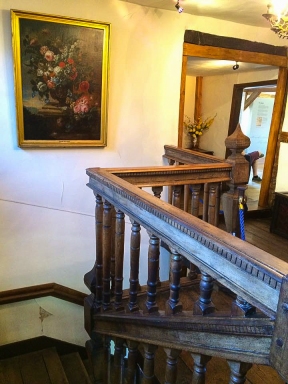 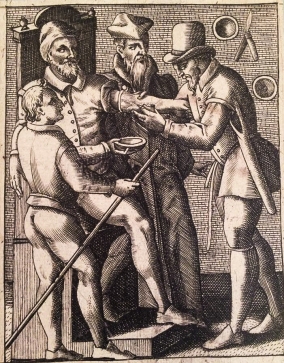 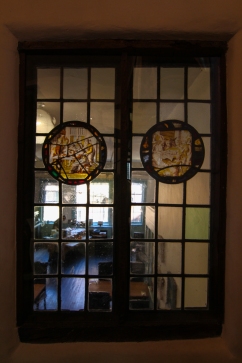 The last place to visit was the childhood home of Shakespeare’s mother, Mary Arden’s farm. The farm is located around 6 Km away from Shakespeare’s birthplace and unfortunately we didn’t have the time to visit this one as well.
Instead, we walked towards the Holy Trinity Church, the place where Shakespeare was baptised and buried 2 days after his death. 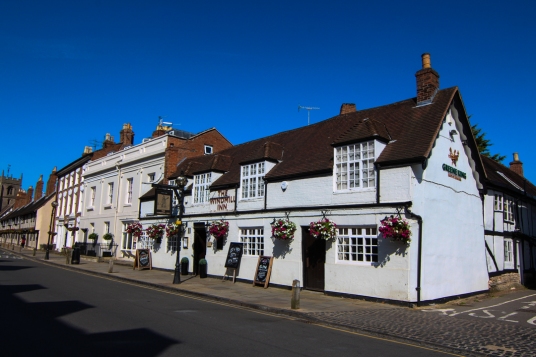 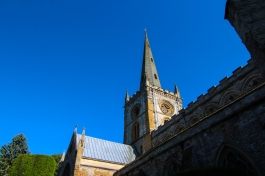 From the Church we enjoyed a lovely walk alongside the River Avon and we went towards the bus station from where we hopped on a National Express bus towards London.

I’m really glad we decided to go to Stratford-upon-Avon instead of sitting around in Birmingham. It definitely felt like a privilege being there and walking in the footsteps of William Shakespeare and I highly recommend it!
As for Anna’s concert, while writing this little blog post, I came to the conclusion that it’s the best concert I’ve been to this year (so far anyway), and I’ve attended quite a few since my moving here. It was short but so emotional for me and I can’t wait to see her again.

Until next time,
Happy travelling!

Hi, I'm Gabi, a 29 year old Romanian currently living in London and this is my little corner of the Interwebz